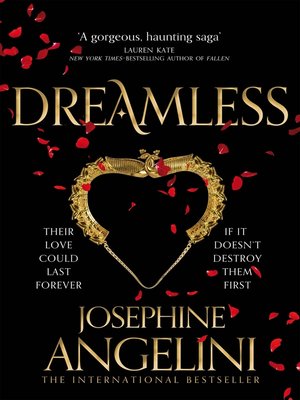 A story of love, destiny and feuding families with extraordinary powers, descended from the heroes of ancient Greece, Dreamless is the second book in the heartstopping Starcrossed series by Josephine Angelini.
Tasked with descending to the underworld and killing the Furies, Helen must endure torture as she wanders aimlessly through hell in her dreams. Although she still trains with the Delos clan, Helen and Lucas are coming to terms with the fact that they cannot be together. Distraught, Helen meets another person down in the shadowy underworld: Orion, descended from Adonis and with the power to control desire, he is the heir to the house of Rome. He's also kind of hot. Confused by her conflicting emotions but glad to have an ally in hell, Helen begins to realize the enormity of her task. . .
Continue the modern mythology series with Goddess.