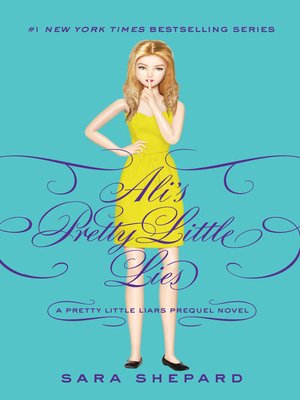 Perfect for fans of the #1 New York Times bestselling series and the hit ABC Family TV show, this Pretty Little Liars prequel novel reveals Ali's secrets from before she was murdered.

Rewind a few years to seventh grade: Alison DiLaurentis and her friends are the It girls of Rosewood Day. Boys want to date them. Girls want to be them. But even though they seem to have it all, these girls are hiding some major secrets—especially Ali. She knows better than anyone that if the truth gets out, it will ruin everything.

Set in the weeks before Ali's murder, Ali's Pretty Little Lies is the first Pretty Little Liars novel told entirely from Ali's point of view. After all, who better to tell her story than Ali herself, the prettiest little liar of all?