The History Buff's Guide to the Presidents 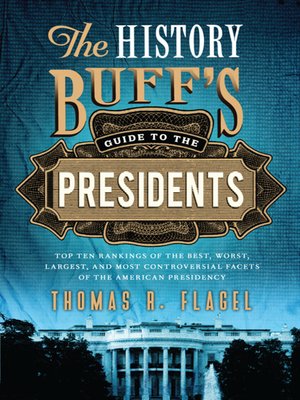 Did you know that Warren G. Harding played poker in the White House at least once a week? Or that Richard Nixon was a Quaker? The History Buff's Guide to the Presidents takes a peek behind the scenes, revealing everything you ever wanted to know about the families, personal habits, and social lives of the most powerful job in the world. Author Thomas R. Flagel's unique perspective on the presidents makes this an essential book for the merely curious and hardcore history buffs alike. From George Washington to Barack Obama, Flagel's top ten lists compile the most religious presidents, the biggest scandals, and more to present a comprehensive history of the American presidents.

Do You Think You Know The Presidents?