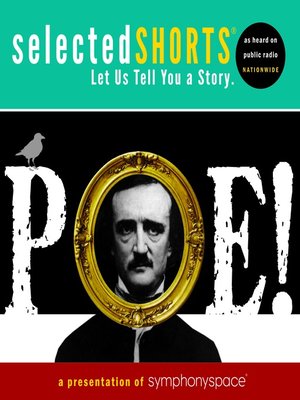 Poe! is a deliciously gripping sampling of the mad imagination of 19th century gothic master of horror and suspense, murder and mayhem, Edgar Allan Poe. The creepy, breathtaking, and soulful classic tales include: "The Masque of the Red Death," the terrifying and ironic story of a nobleman who attempts to seal himself and his friends away from a terrible plague raging outside, performed by Fionnula Flanagan (Transamerica); "The Pit and the Pendulum," a hair-raising first-person account of a man in a torture chamber during the Spanish Inquisition, performed to a fare-thee-well by Stephen Lang (Avatar); "The Black Cat," in which a man's dead pet comes back to haunt him, performed by Tony winner Rene Auberjonois (Boston Legal). Plus there are dreamy, mesmerizing and haunting readings of Poe's wonderfully-atmospheric best-loved poems, "The Bells," "The Raven" and "Annabel Lee."

These thrilling performances will leave you breathless and happily terrified.

The Masque of the Red Death

The Cask of Amontillado

The Pit and the Pendulum