ebook ∣ Queen of the Dead · The Undertakers 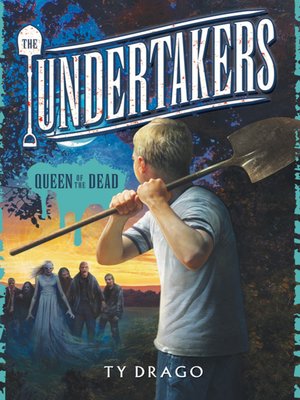 "Think Buffy the Vampire Slayer meets Harry Potter, with bug-filled corpses. Fans of comic-book heroes and video games will not be disappointed, and will be eager for further adventures. Fast paced and surprisingly moving."—School Library Journal

Twelve-year-old Will Ritter and his rag-tag army of teenage resistance fighters may have triumphed over the Zombies (alien-possessed corpses) last time...but that's the thing about the dead—they keep coming back. A new Corpse leader has crossed the rift and taken command of the invasion: The Queen of the Dead is even more brilliant and ruthless than her predecessor, and her ambitions are even deadlier. Will and the crew must somehow rescue his mother, prevent an assassination, and show FBI Agent Ramirez the truth about the Corpses—and the danger the world faces.

But how do a bunch of kids prove to a grown-up that monsters are real?