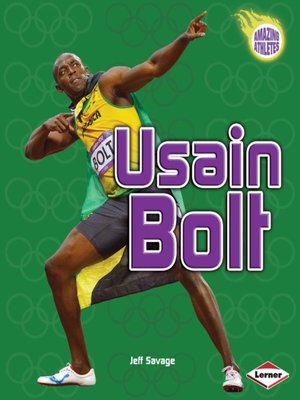 Usain Bolt has been the fastest runner in the world since the 2008 Olympic Games in Beijing, China. Back then, the Jamaican sprinter won gold medals and set world records in three running events. In 2012, Usain set out to prove that he is still the world's fastest person during the Olympic Games in London, England. Once again, Usain took home three gold medals and set another world record. Learn more about Usain's journey from his childhood in western Jamaica to the top of the sports world.