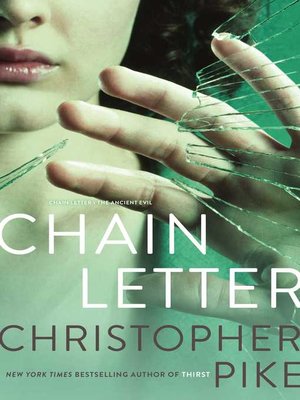 View more libraries...
Two favorite thrillers from #1 New York Times bestselling author Christopher Pike are now available in one bone-chilling collection.
When Alison first got the chain letter signed "Your Caretaker," she thought it was a sick joke. But then it became clear that someone, somewhere knows about that awful night when she and six friends committed an unthinkable crime. And now that person is determined to make them pay.

One by the one, the chain letter comes to each of them, demanding dangerous, impossible deeds. No one wants to believe that this nightmare is really happening, but then the accidents start. And the deaths.

Finding the truth behind the stalker's identity seems to be the only option, but even that might not be enough. The Caretaker has a prodigy who is even more frightening than the first, and this time he wants more than retribution. He's out for blood.