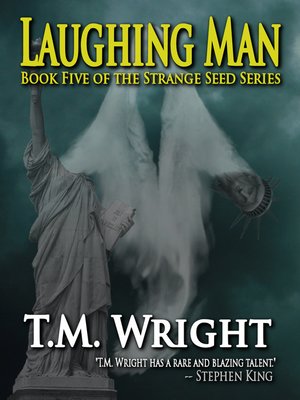 Jack Erthmun does not believe that the dead actually speak to him, but in their own way they tell him so much. Jack is a New York City police detective with his own very peculiar ways of solving homicides, and those ways are beginning to frighten his colleagues. He gets results, but at what cost? What's happening to Jack Erthmun?

This may be Jack's last case. He's assigned to a series of unspeakable killings, gruesome murders with details that make even seasoned detectives queasy. As he delves deeper into the facts of the case, facts that make it seem no human killer can be involved, Jack begins to get more and more erratic. Is it the case that's affecting Jack? Or is it something else, something no one even dares to consider?

This is the fifth book in the series beginning with the novel STRANGE SEED - written over a period of several years by horror master T. M. Wright. Strange Seed is available now in most eBook formats, as well as the rest of the series, and the first book is also available in unabridged audio.