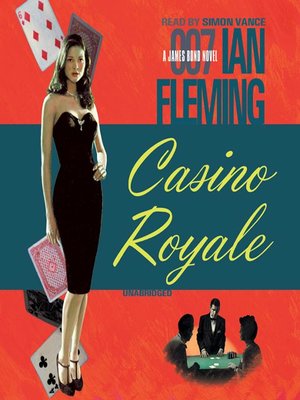 Introducing James Bond: charming, sophisticated, handsome, chillingly ruthless, and licensed to kill. This, the first of Ian Fleming's tales of Secret Agent 007, finds Bond on a mission to neutralize a lethal, high-rolling Russian operative called "Le Chiffre." The battle begins with a fifty-million-franc game of baccarat. If Bond can bring Le Chiffre to ruin at the baccarat table, his Soviet spymasters will be forced to "retire" him. It seems that Lady Luck has sided with 007 when Le Chiffre hits a losing streak. But some people just refuse to play by the rules, and Bond's attraction to a beautiful female agent leads him to disaster—and to an unexpected savior.

For incredible suspense, unexpected thrills, and extraordinary danger, nothing can beat James Bond in his inaugural adventure.