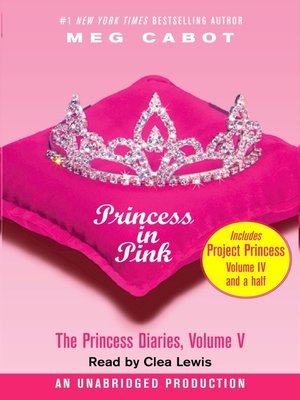 Mia Thermopolis (aka Princess Amelia Migonette Grimaldi Thermopolis Renaldo) has already won the hearts of millions of aspiring princesses. With the hardcover and audiobook publication to be followed by the release of Disney's sequel to The Princess Diaries movie in August 2004, the princess phenomenon will be in full swing throughout the year!

Girls will be overjoyed with this hilarious addition to their favorite series, which involves seven minutes in heaven, strikes, and Mia's mission to get asked to the senior prom.