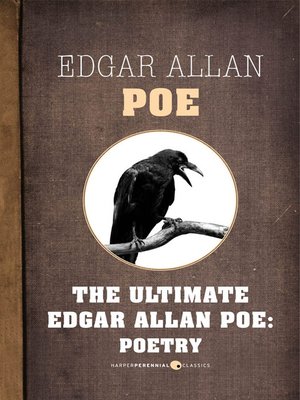 Resonant with themes of love, loneliness, and death, the poetry of Edgar Allan Poe continues to appeal to modern readers more than 150 years later. Spanning the breadth of Poe' s career, this collection of poetry follows the master from his early works through to poetical achievements such as " The Raven" and " Annabel Lee." One of the best-known American writers, Edgar Allan Poe' s poetry influenced the American Romantic and French Symbolist movements in the 19th century.