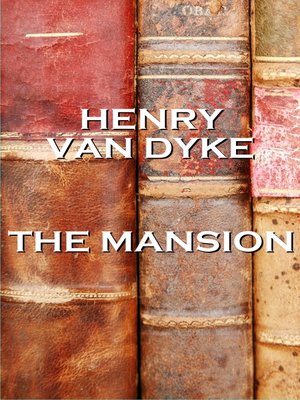 Henry Van Dyke's The Mansion is essentially a Christmas novella that tells the story of a wealthy man known for his very generous donations to the church as well as for his contributions to charitable foundations and associations. However, he always insists on the mentioning of his name whenever he makes a contribution. Generally, it is from this contestable behavior that emanates the moral of the story. Most readers will also notice an obvious similarity between Charles Dickens's A Christmas Carol and Dyke's story which is distinguished by its American context. Like Dickens, Dyke seems to convey the message that a true act of charity and goodness should be done without any attempt at profiting from it. When one night Dyke's protagonist dreams of going to heaven, he is surprised to see the very luxurious palaces built for the poor, as well as for other philanthropists, while his own home is just a simple hut. A guide in heaven explains to him that they use only what he sends from Earth for the building of his heavenly home. Waking up from his dream, the man immediately decides to become a different man and starts giving to the poor without imposing any sort caveat.