The Short Stories of Mary Shelley 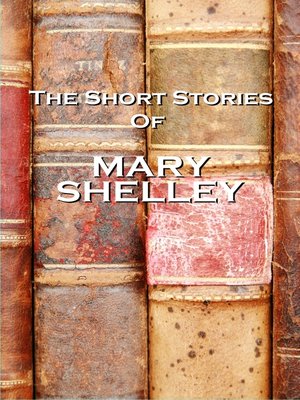 The short story is often viewed as an inferior relation to the Novel. But it is an art in itself. To take a story and distil its essence into fewer pages while keeping character and plot rounded and driven is not an easy task. Many try and many fail. In this series we look at short stories from many of our most accomplished writers. Miniature masterpieces with a lot to say. In this volume we examine some of the short stories of Mary Shelley. Born in 1797, her Mother died when she was only 11 days old. Mary was then raised by her Father, who remarried when she was four, and thereafter the young Mary had a liberal but informal upbringing. At 17 she began the relationship with the poet Percy Bysshe Shelley which was the bedrock of her life; although society viewed the unmarrieds somewhat differently. It was in this relationship that she nurtured and edited Shelley's verse and wrote, at 21, her signature work "Frankenstein" for which she is so well known. Her husband drowned when she was 25 which added further to the earlier loss of 3 of her 4 children. Beset with such great tragedy, at only 53 a brain tumour was to take her own life. In this volume we turn our attention to her short stories which creep with menace and view the world with a very suspicious eye. Many of the stories are also available as an audiobook from our sister company Word Of Mouth.

The full volume can be purchased from iTunes, Amazon and other digital stores. Among the readers are Richard Mitchley and Ghizela Rowe. Index Of Stories - The Mortal Immortal, The Mourner, The Evil Eye, The Dream.