Fight for the Remote, Episode 5

audiobook (Abridged) ∣ The Big Night Out Debacle · Fight for the Remote 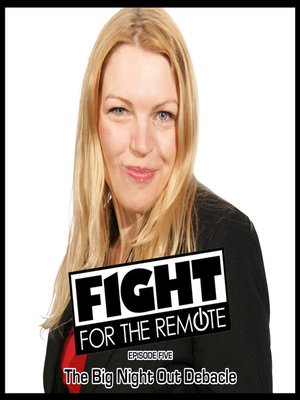 Fight For The Remote. Episode Five: The Big Night Out Debacle "The dangling testicles of fate have tea-bagged me yet again." Alice and Keren are coming to the end of the three-hour getting ready ritual, in preparation for a rare big night out with old mates. Jon is trying his best to get out of it with the help of the not-so-bright Grub. As the countdown begins, the wine is drunk, the hair sprayed stiff and Jon made to change his shirt, but who will make it out of the house in time? Written by Mark Adams and Julia Dawn. Directed by Dexter O'Neill. THE CAST; ALICE Ayesha Antoine; JON Andrew Hayden-Smith; KEREN Helen Oakleigh; GRUB Daniel King; HAPPY AZIZ Neil D'Souza; COUSIN RHAMA Sean Connolly. Recorded at Orpheus Studios. Theme Tune by Manike Music. Additional Music by James Dunlop. Post Production by Robbie Dunlop. A Fantom Films Production 2011. Warning some scenes contain strong language and themes of a sexual nature. Running Time: 30 minutes