The Clue of the Gold Doubloons 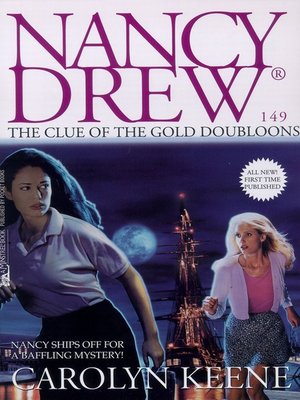 Nancy and George are thrilled to take part in the filming of a pirate movie onboard the Swift Adventure, a reproduction of a centuries-old sailing ship. Twin brothers Andrew and Daniel Wagner are producing the low-budget film, and they've asked their friends to help out. With Nancy as assistant director and George set to play a notorious female pirate, the girls can't wait to jump in.

But a series of robberies at the hotel where the cast and crew are staying, plus the discovery of gold doubloons at the crime scenes, has almost everyone in the production under suspicion. Could the robberies be a publicity stunt staged by one of the brothers? An angry crew member trying to sabotage the film? With her own safety in jeopardy, Nancy needs to figure out who in a big cast of characters is masterminding this criminal production.

Mystery Young Adult Fiction
The Clue of the Gold Doubloons