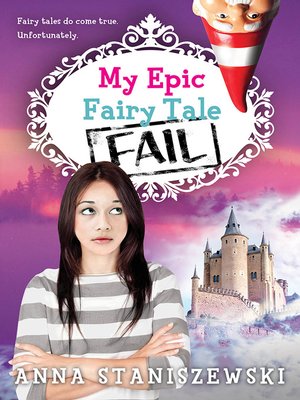 A hilarious tale where one girl adventures to fairy land but it's not the fairy tale journey you expect...

I know what you're thinking: "Can she talk to animals?" Yes, those chatty woodland creatures won't shut up. It's not as cute as you'd think.

What's an Adventurer, You Ask?

An underappreciated girl like me who travels around to magical Kingdoms saving creatures you don't even know exist. And trust me, they need a lot of help.

My new missions is in the Land of Tales (the crazy place all fairy tales come from) to face off with an evil witch and complete Three Impossible Tasks. Easy, right?

Being an adventurer is no fairy tale, but this is one mission I can't fail.

Praise for My Very UnFairy Tale Life:
"A light comic romp...Charming."—Kirkus
"A speedy and amusing ride...will keep readers entertained."—Publishers Weekly
"A magical world that's totally relatable. You'll find yourself wishing you were alongside Jenny fighting against unicorns (who aren't as peaceful as you think) and traveling to fantastical realms."—GirlsLife.com