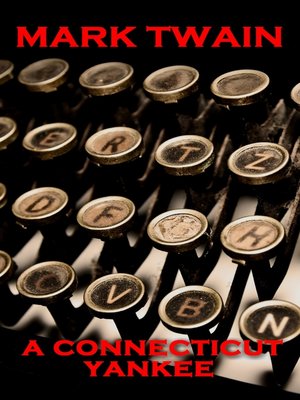 A Connecticut Yankee in King Arthur's Court centers around one of Mark Twain's eccentric fantasies: time traveling. The novel tells the paranormal story of a 19th-century American young man, Hank Morgan, who finds himself amid King Arthur's court in the early medieval times after receiving a blow to the head. By focusing on social injustices and on images of cold-blooded executions and gory feuds, the story generally challenges the idealistic myth that traditionally depicts Arthur's court as a harmonious brotherhood of chivalrous and trustworthy knights. Nevertheless, like all Twain's works, the narrative is full of humoristic dialogues and droll scenes. Realizing that he is the most intelligent and knowledgeable man on Earth, Morgan decides to make use of his advanced know-how not only to beat his opponents and manipulate the crowds, but also to revolutionize the country's economy and culture. He, therefore, decides to establish secret schools and to construct secret factories and eventually becomes "the Boss". He subsequently engages in wars against the Roman Catholic Church using electricity, dynamite and guns. The story ends with Hank's natural death more than a millennium later.