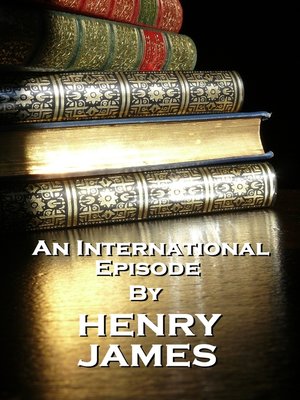 In An International Episode, Henry James introduces his readers to his bi-national world of love and nostalgia. Like in many of his novels, the book's main concern is about the interaction and the cultural differences between the Old World and the New World. Two British gentlemen visit the US and meet two beautiful American females who later return the visit in London. In addition to the romantic side of the story, the narrative focuses on social and cultural misunderstandings, faux pas and false friends, which makes the work very close to a comedy of manners. Being torn between his loyalty and love for his mother country and his longing for the European world of tradition and authenticity where he spent most of his life, James's work can be seen as an attempt to highlight the fundamental distinctions that separate the two cultures. Throughout the narrative and right before the sudden and unhelpful closing of the plot, the different characters are stereotypically presented; their manners, their social conventions, hypocrisy and prejudice are ironically highlighted, which makes of An International Episode an authentic reference that offers a balanced overview of British and American cultures and differences around the turn of the century.