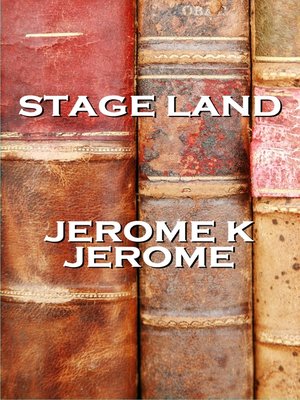 Jerome K. Jerome's Stage Land is a literary work of a very particular form. It consists of a number of sketches (14) each speaking about one typical character of late-nineteenth-century theatre. Hence, Stage Land is presented as a kind of dramatis personae or a catalog that offers minute descriptions of "the hero," "the villain," "the heroine," "the comic man," etc. The presentation, in which Jerome parodies stereotypical prejudices, conceptions and notions, is highly humorous and cheerful. The narrative tone gives the impression that such elements of drama are deliberately exaggerated, which makes them unfaithful to the reality of things. The title of the work evokes the huge difference between the inhabitants of the real world and those of this fanciful land which seems to be governed by different rules. Indeed, the behavior and habits of Jerome's listed characters make them appear either too idealistic or too wicked to be true. However, the reader of the book can easily recognize many of these characters in modern Hollywood movies and TV sitcoms.