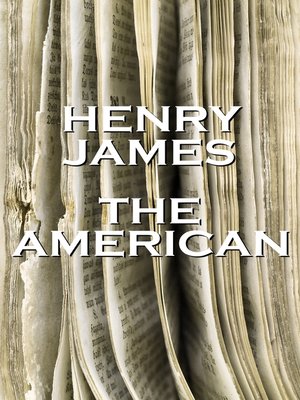 The American is another novel in which Henry James is interested in the lives of his countryman in Europe. It is mainly a combination of comedy, romanticism and melodrama. The protagonist is the wealthy American businessman Christopher Newman who decides to move to Europe in order to finally retire from money amassing and get married. His original goal is to flee the materialistic reality of the American world of business. However, despite his obvious attraction to European beauty, he still finds difficulties to adapt to the manners as well as to the moral and cultural specificities of the Old World. The main thread in this novel's complex plot follows Newman's romantic relationship with an aristocratic Parisian widowed beauty named Claire de Cintré . Claire is prevented by her older brother (Urbain) and her mother (the Marquise) from marrying Newman. Helped by Claire's gentle younger brother, the American manages to persuade the family to consider his proposal. The couple's happiness only lasts for a short while, however, as Claire's mother and brother change their minds after the unexpected return of the family's wealthy cousin, Lord Deepmere. Newman vainly tries to put pressure on them, using a family secret about the murder of the Marquis by Urbain and his mother. Upon his return from a visit of the US, Newman realizes the impossibility of marrying Claire. He destroys the document incriminating the murderers and packs for home.