The Death of a Lion 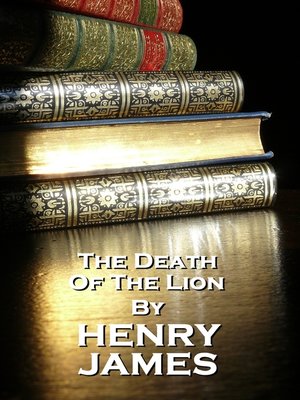 The Death of the Lion is a novella by the prolific American novelist Henry James first published in 1894. Like some other works by James, The Death of the Lion is a story about the luminous world of professional literary writings and journalism in the late nineteenth century. The narrator is a literary journalist who works for a weekly magazine. He discovers a new talented writer named Neil Paraday and attempts to seize the opportunity to become famous himself by introducing the author to the large public. After the rejection of the article by the magazine's editor who is not really convinced of the importance of the writer, the article of another journalist makes Paraday famous among literary élites. The unnamed narrator who befriends Paraday tries to protect him from intruding fans and journalists. Paraday also makes him discover his new unfinished novel. The now famous novelist becomes too much interested in the fashionable society that his success allowed him to join. He starts to go to meet women and go to parties and luncheons and to neglect his writings. Later in the narrative, Paraday dies and leaves the narrator with the responsibility for his unpublished texts.

Classic Literature Fiction
The Death of a Lion