What Really Happened in Peru 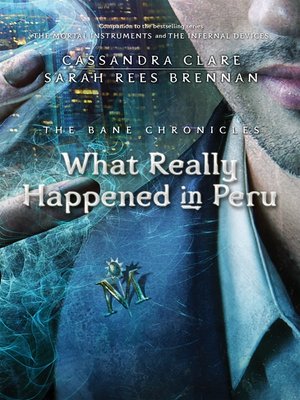 There are good reasons Peru is off-limits to Magnus Bane. Follow Magnus's Peruvian escapades as he drags his fellow warlocks Ragnor Fell and Catarina Loss into trouble, learns several instruments (which he plays shockingly), dances (which he does shockingly), and disgraces his host nation by doing something unspeakable to the Nazca Lines. One of ten eBook short stories in The Bane Chronicles, a series about the enigmatic warlock and fan favourite Magnus Bane from Cassandra Clare's internationally bestselling series The Infernal Devices and The Mortal Instruments. Also don't miss The Mortal Instruments: City of Bones, in cinemas August 2013! Follow /TheMortalInstrumentsUK on facebook or @InstrumentsUK on twitter for movie news.