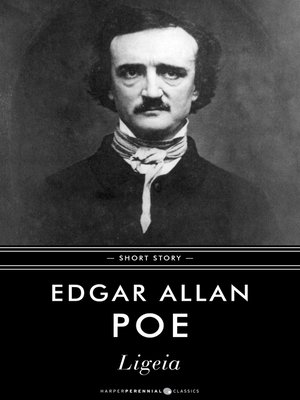 Fantasy and reality collide when an unnamed narrator believes his beloved wife, Ligeia, has risen from the dead. "Ligeia" was one of Edgar Allan Poe's first published short stories, and spurred much debate as to the symbolism of Ligeia's death and supposed resurrection.