The Murders In the Rue Morgue & the Mystery of Marie Roget 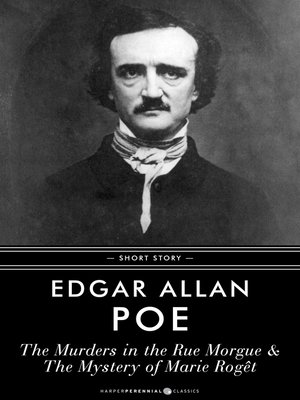 Considered to be the first literary detective, C. Auguste Dupin turns his deductive skills to solving two seemingly un-solvable mysteries. In "The Murders in the Rue Morgue" Dupin must deduce the identity of the murderer of Madame L'Espanaye and her daughter despite contradictory witnesses and puzzling evidence. In "The Mystery of Marie Rogêt" Dupin again uses his skills to discover the identity of the murderer of Marie Rogêt, whose body has been discovered in the Seine River.