The Mystery of Marie Roget 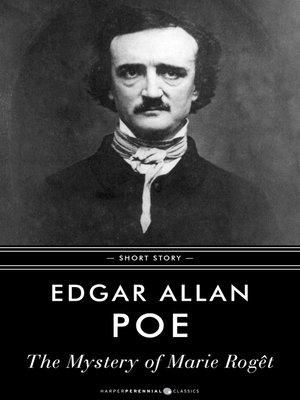 When the body of Marie Rogêt is found in the Seine River, detective C. Auguste Dupin uses his superior deductive skills to discover the identity of the murderer. "The Mystery of Marie Rogêt" is based in part on the actual murder of Mary Cecilia Rogers in New York in the mid-nineteenth century, and is believed to be the first example of real-life crime used as a foundation for fictional narrative.