Fury of the Seventh Son 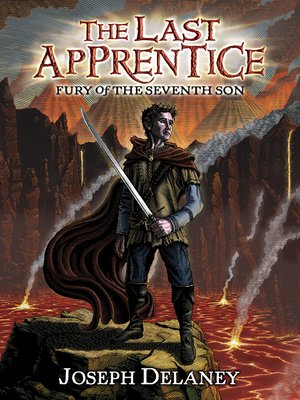 The thirteenth—and final—book in the internationally bestselling fantasy adventure series that inspired the forthcoming major motion picture Seventh Son. Finally, Tom Ward, the spook's last apprentice, will confront the Fiend for the last time. A stunning conclusion to the acclaimed series!

Tom Ward has battled boggarts, ghasts, witches, dark gods, and the most terrifying creatures to roam the earth. He's allied with the witch assassin Grimalkin, with a powerful boggart, and with Alice . . . the young witch who is also his true love. And he has kept one step ahead of the Fiend, the most evil being in the world. Now he will vanquish the Fiend once and for all. But it will require a terrible sacrifice: not everyone Tom cares about will survive the final battle. The Last Apprentice series is soon to be a major motion picture, Seventh Son, starring Jeff Bridges, Ben Barnes, Alicia Vikander, Kit Harington, Olivia Williams, Antje Traue, Djimon Hounsou, and Julianne Moore as Mother Malkin. It's a suspenseful thrill ride that's "spine-tingling" (Publishers Weekly) and "anything but tame" (Horn Book). But don't read it after dark!