Slime Squad vs the Conquering Conks 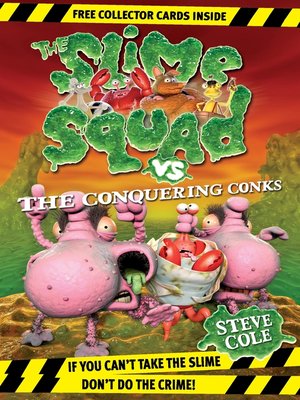 The eighth title in the hilarious young series from Steve Cole, author of Astrosaurs. It's The A Team meets Monsters Inc - with a whole lot of slime!

Crawling from the nosepick ocean, green snot-blobs start attacking Trashland, sticking the people in their tracks, holding them helpless. They are controlled by evil nose-monsters wanting to immobilise Trashland so the population starve and they can take over. The Squad fight back with giant tissues.