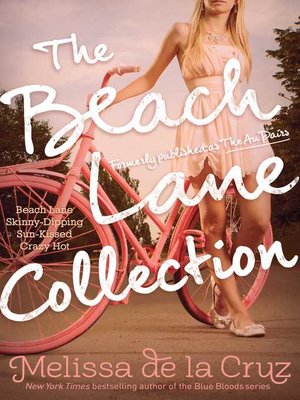 The Hamptons are hot?and Mara, Eliza, and Jacqui are hitting the beach for four sizzling summers in this complete collection of the Beach Lane series.

Mara Walters, Eliza Thompson, and Jacqui Velasco first meet as newly hired au pairs for a wealthy family summering in the Hamptons. But babysitting takes a backseat to romance as the girls explore the local nightlife and pursue their dreams of having it all. And though it seems like their summers are golden, they?ll have to be careful?because sometimes when the sun shines, it scorches.