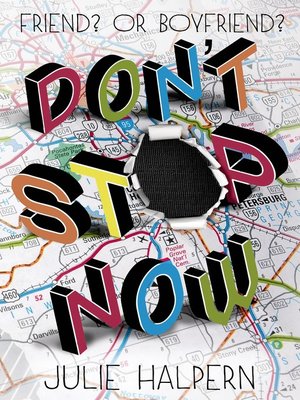 On the first day of Lillian's summer-before-college, she gets a message on her cell from her sort-of friend, Penny. Not only has Penny faked her own kidnapping, but Lil is the only one who figures it out. She knows that Penny's home life has been rough, and that her boyfriend may be abusive. Soon, Penny's family, the local police, and even the FBI are grilling Lil, and she decides to head out to Oregon, where Penny has mentioned an acquaintance. And who better to road-trip across the country with than Lil's BFF, Josh. But here's the thing: Lil loves Josh. And Josh doesn't want to "ruin" their amazing friendship.

Josh has a car and his dad's credit card. Lil has her cellphone and a hunch about where Penny is hiding. There's something else she needs to find: Are she and Josh meant to be together?