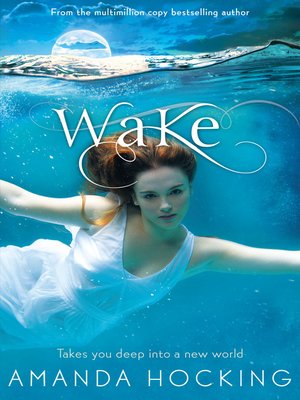 Beautiful. Fearless. Dangerous. They're the kind of girls you envy; the kind of girls you want to hate. Strangers in town for the summer, Penn, Thea, and Lexi have caught everyone's attention, including the eye of practical Harper. But it's her sister, Gemma, they've chosen to be part of their group.
Sixteen-year-old Gemma seems to have it all - carefree, pretty, and falling in love with the boy next door. But her greatest passion has always been the water. She craves late night swims under the stars, where she can be alone yet belong to the sea. Lately she's had company. Penn, Thea, and Lexi spend their nights dancing, singing, and partying on the cove - and one night Gemma joins them. When she wakes up groggy on the beach the next morning, she knows something has changed.
Suddenly Gemma is stronger, faster, and more beautiful than ever. As she uncovers the truth about her new mythical powers, Gemma is forced to choose between staying with those she loves or entering a dark world brimming with unimaginable secrets.