My Sort of Fairy Tale Ending 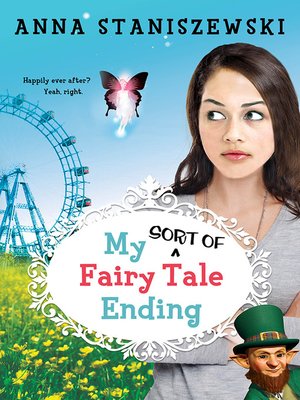 You think a trip to Fairy Land sounds fun? Clearly you've never been turned into a mouse by an Evil Queen.

This. Is. It. My most important mission as a magical adventurer ever. And probably my last. 'Cause I'm pretty sure if I defy the council and travel to Fairy Land to rescue my parents, I'm so fired. They say it's too dangerous. That the Queen Fairy is crazy, and she's hoarding all the magic to do unspeakable things (like steal the leprechauns' gold and make all of her subjects attend mandatory parades).

But none of that matters. I finally have a chance at happily ever after with my family. And crazy fairy or no crazy fairy, I'll do whatever it takes to bring them home.

Praise for My Very UnFairy Tale Life series:
"Flippant fantasy fun."—Kirkus
"[A] breezy magical romp...the joking tone and thoughtful fairy tale play make this a fresh middle-grade read."—The Horn Book blog
"A magical world that's totally relatable. You'll find yourself wishing you were alongside Jenny fighting against unicorns (who aren't as peaceful as you think) and traveling to fantastical realms."—GirlsLife.com