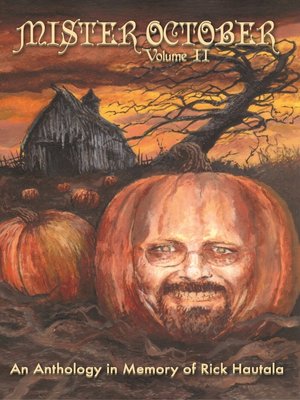 On March 21st, 2013, I received a phone call from Holly Newstein telling me that her husband, Rick Hautala, had suffered a massive heart attack. That piece of information shocked me into a surreal sort of panic, so much so that at first I could not make the leap to the next thing she said...that he had died. It seemed impossible. Rick had been such a good friend, such a consistent and stable force in my life, that the idea of him being so suddenly removed from this world...I just couldn't make sense of it. I have no doubt that readers will treasure this two-volume set. It is my hope that as you read, you will ruminate a little bit about the man for whom we all have come together within these pages. And I hope you'll urge others to pick up their own copies of MISTER OCTOBER as well.