You Know Me Al 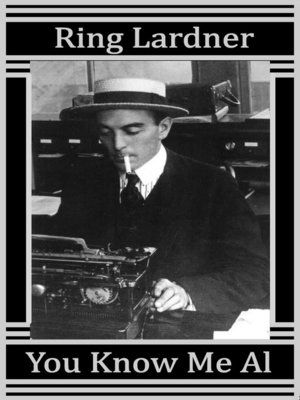 As a columnist with the famous Chicago Tribune, he achieved considerable success, mainly among baseball fans who liked his quips and his satirical and funny commentaries. In 1916 Lardner collected some of his works in a book that he entitled You Know Me Al. The publication was an astounding success and raised Lardner to important fame. The narrative takes the form of an epistolary novel in which the protagonist Jack Keefe, a baseball player, sends letters to his friend. Readers and reviewers appreciated Lardner's exceptional style and sense of satire.