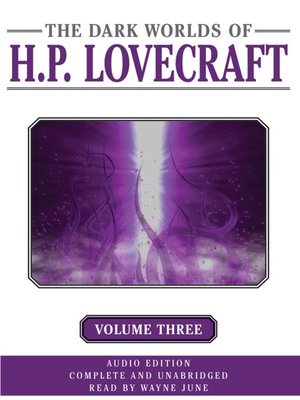 The Outsider - Originally published in the spring of 1926

Herbert West Reanimator - Originally published in the fall of 1922

Brought to life again by the incomparable Wayne June come horrors from the mind of the Master himself, in the way that only he can.