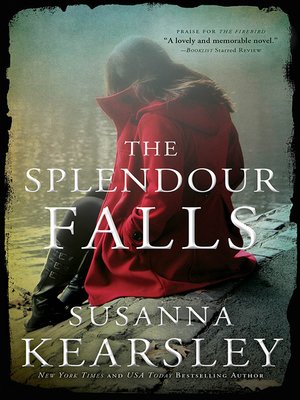 "I've loved every one of Susanna's books! She has bedrock research and a butterfly's delicate touch with characters—sure recipe for historical fiction that sucks you in and won't let go!"—DIANA GABALDON, #1 New York Times bestselling author of Outlander

In an intricate balance of past and present, Susanna Kearsley offers a story of French historical fiction full of breathless suspense, Gothic romance, and priceless treasure.

Emily Braden has stopped believing in fairy tales and happy endings. When her fascinating but unreliable cousin Harry invites her on a holiday to explore the legendary town of Chinon, France and promptly disappears—well, that's Harry for you.

As Emily makes the acquaintance of Chinon and its people, she begins to uncover dark secrets beneath the charm. Legend has it that during a thirteenth-century siege of the castle that looms over the city, Queen Isabelle, child bride of King John, hid a "treasure of great price." And in the last days of the German occupation during World War II, there was another Isabelle living in Chinon, a girl whose love for an enemy soldier went tragically awry.

As the dangers of the past become disastrously real, Emily is drawn ever more deeply into a labyrinth of mystery as twisted as the streets and tunnels of the ancient town itself.

A tale that deftly examines the ripples of the past through the present, The Splendour Falls brings the romance of French history to life for fans of Diana Gabaldon, Kate Morton, and Kate Mosse.

Also by Susanna Kearsley:
The Winter Sea
The Firebird
A Desperate Fortune
The Rose Garden
The Shadowy Horses
Named of the Dragon
Season of Storms
Mariana
Bellewether