Dark Rivers of the Heart 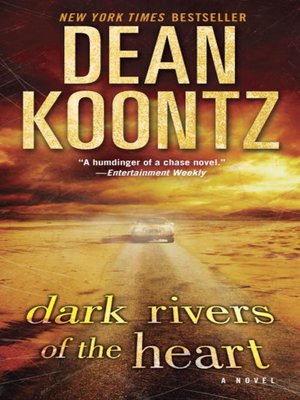 A man and a woman meet by chance in a bar. Suddenly they are fleeing the long arm of a clandestine and increasingly powerful renegade government agency — the woman hunted for the information she possesses, the man mistaken as her comrade in a burgeoning resistance movement.

The architect of the chase is a man of uncommon madness and cruelty — ruthless, possibly psychotic, and equipped with a vast technological arsenal. He is the brazen face of an insidiously fascistic future. And he is virtually unstoppable. But he has never before come up against the likes of his current quarry. Both of them are survivors of singularly horrific pasts. Both have long been emboldened by their experiences to fight with reckless courage for their own freedom. Now they are plunged into a struggle for the freedom of their country, and for the sanctity of their own lives.

Dark Rivers of the Heart is an electrifying thriller that steers us along the razor edge of a familiar, terrifying reality.