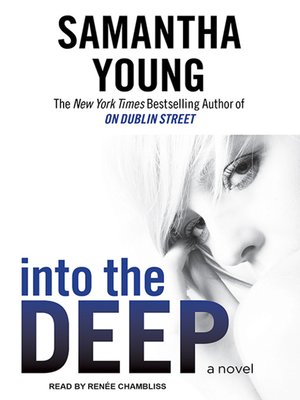 Into the Deep Series, Book 1

FictionLiteratureRomance
Charley Redford was just an ordinary girl until Jake Caplin moved to her small town in Indiana and convinced her she was extraordinary. Almost from day one Jake pulled Charley into the deep and promised he was right there with her. But when a tragic incident darkened Jake's life, he waded out into the shallows and left Charley behind. Almost four years later Charley thinks she's moved on. That is until she takes a study year abroad in Edinburgh and bumps into none other than Jake Caplin at a party with his new girlfriend. The bad-boy-turned-good attempts to convince Charley to forgive him, and as her best friend starts spending time with Jake's, Charley calls a truce, only to find herself tumbling back into a friendship with him. As they grow closer, the spark between them flares and begins playing havoc with their lives and relationships. When jealousy and longing rear their destructive heads, Charley and Jake struggle to come to grips with what they mean to one another. And even if they work it out, there is no guarantee Charley will ever trust Jake to lead her back into the deep . . .
FictionLiteratureRomance

Samantha Young is the New York Times, USA Today, and Wall Street Journal bestselling author of numerous books, including the On Dublin Street series and the Into the Deep series. She lives in Stirlingshire, Scotland.

More about Samantha Young
Into the Deep Series, Book 1
Copy and paste the code into your website.
New here? Learn how to read digital books for free