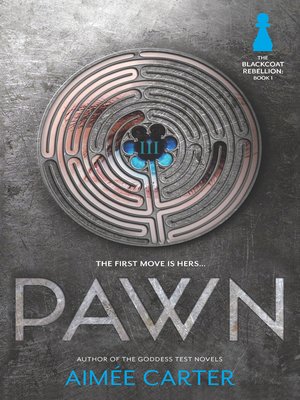 The first move is hers... The Blackcoat Rebellion Book 1 Author of The Goddess Test novels A single test determined her entire future...until she was given a way out Kitty Doe had one chance to prove she could be worthwhile to society. Instead, she walked out of her ranking test as a complete failure, with a permanent "III" tattooed on the back of her neck. At seventeen, she's facing a lifetime of cleaning sewers...and being separated from Benjy, the boy she's loved for as long as she can remember. So when Kitty is offered a chance to escape her fate, it seems like an easy choice. If she says yes, Kitty will be Masked—surgically transformed into Lila Hart, the Prime Minister's niece, who died under mysterious circumstances. As a member of the Hart family—a VII—she will be famous. And for the first time, she will matter. There's only one catch. She must also stop the rebellion that Lila secretly fostered, the same one that got her killed...and one Kitty believes in. Faced with threats, conspiracies and a life that's not her own, she must learn how to become more than a pawn in a twisted game she's only just beginning to understand. "Carter has created an engaging heroine to root for in Kitty and a page-turner full of twists and turns." —Booklist "The actions and plot twists will keep readers satisfied and waiting for more in the series." —School Library Journal