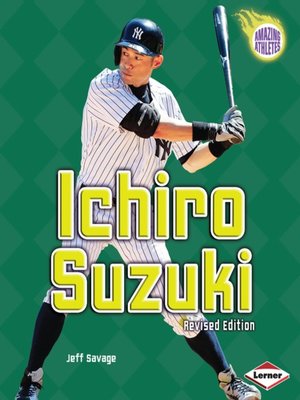 Outfielder Ichiro Suzuki has been one of Major League Baseball's (MLB) best players for more than ten years. But Ichiro was a star in Japan long before he came to the United States. When he joined the Seattle Mariners in 2001, Ichiro became one of the most famous athletes in the world. He also proved he was one of the best in the world when he notched his 2,500th MLB hit in 2012. Ichiro joined the New York Yankees during the 2012 season, and his star has never shined more brightly.