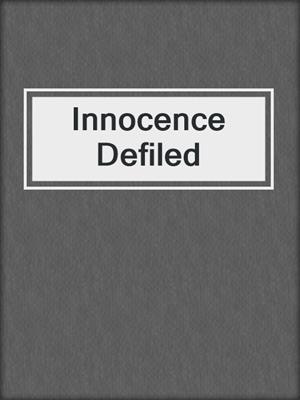 It's the 1920s and the naïve and starry-eyed Violet Atherton is waiting tables in a Hollywood diner, looking for her big break in the movies. When the famed movie director Lionel Rains comes in for coffee and invites the eager Violet to a screen test in his Beverly Hills home, she jumps at the chance. The scene begins on a movie set in Rains' living room, during a cocktail party of his well-heeled friends. Stepping before the camera, the timid Violet waits for her lover to appear. However, when her costar finally shows, he ravages the young innocent in a scene of unbridled passion, taking her virginity with one fierce thrust. A bewildered Violet returns home in a daze. The following day, Violet confronts the director in his studio office, demanding the truth about the previous night. She learns that Rains produces raunchy stag films financed by private collectors. Though she's repulsed by such depravity, she experiences a strange fascination for the taboo sex. Rains reels her in by promising Violet a staring role in a series of stag films. So captivated by her own emerging sexuality, she cannot turn him down. From the jungles of Mexico to the backseat of a Rolls to a yacht headed toward Santa Catalina, she finds brutal bondage and semi-public copulation await her in every new film. Regardless of the humiliation and abuse she suffers, the willing young actress thrives in her newfound career. However, when a shocking murder rocks the underground film world, it is Violet at whom the accusing fingers point. Ditched by her friends, she waits alone in an LA lockup wondering if there's anyone in Hollywood that believes in her innocence. While men with influence bargain to 'rescue' the kinky actress for their own depraved purposes, Violet prays for a real man who will save her from the terrible trial she faces.