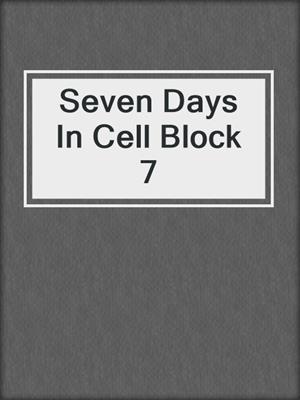 The lovely redhead Olivia Bennington is a shrewd young attorney, heading up the prosecution of drug lord Sonny Sanchez. One night while working late, Olivia believes she is drugged then sexually assaulted in her office by a mysterious assailant. The same thing occurs days later in the stairwell. She's convinced that Sanchez's mob is responsible, but with her memories of the incidents so vague and confusing, she refuses to tell a soul. During a recess in the trial, Olivia takes off for Miami Beach for a much needed vacation. However, while on the plane, she falls into a restless sleep. When she awakens, she's lying naked on a dirt floor in a steamy jungle, staring through the bars of a crude prison cell. Her jailers are ruthless thugs, who are quick to administer humiliating punishments, after which they use her as their sexual toy. Though terrified by the rough abuse, her sexual body awakens to the pain and the endorphin-fueled orgasms that follow. While suffering a string of indignities during the day, at night the captive Olivia dreams vividly of Miami Beach and the relaxing vacation she originally planned. Soon she's unsure what is real and what are just dreams. By the time she's abruptly plopped back into life, her job's in limbo, the media lies waiting to pounce and she has no explanation for her disappearance. With her life in a tailspin, she retreats to the family beach house. There she meets a charming man who promises her some semblance of normalcy. Yet the jungle still haunts her day and night. Was she the victim of a sophisticated plot? Did she suffer a nervous breakdown? Was her imprisonment even real? The truth will take some bizarre turns before Olivia finally has her answers and her life can begin again.