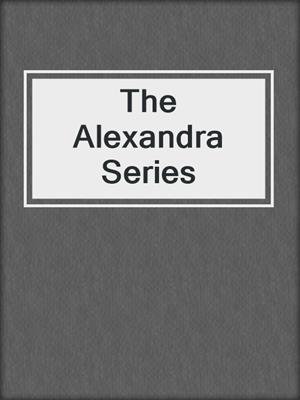 Updated and expanded edition of Alexandra's Awakening. Lizbeth's first novel is an erotic story in the tradition of The Story Of O—a tale of sexual awakening as a young woman, Alexandra, comes to terms with the often crude sexual fantasies that have haunted her for years. Knowing of her troubling sexual passions, her lover, Will, takes her to his good friend, the dominant master, Reggie, who requires Alexandra face her fears as well as her profound desires. Though she often fights this master's power over her, she soon learns the pleasures of surrender. In the process, she comes to appreciate and gain power over her once perplexing sexual lust, and find where her true desires lie. In this 2013 version, Lizbeth has significantly expanded the novel, adding over 15,000 words to the original text, as well as updating this BSDM romance into the 21st century. For the first time, Lizbeth's five book Alexandra Series is being offered in one volume. In Alexandra's Dilemma, a reluctant Alex knows that the only way back to her lover's heart is to submit to a well-deserved and exacting punishment meted out by his friend, the merciless Reginald. Once trained by this compelling dominant, she breaks a promise to herself never to surrender to him again. She returns for a rousing and creative chastisement, that not only pays her debt to her lover, but reminds her of the sexual thrill of submission. In My Darling Jocelyn, Lizbeth introduces a sassy and seductive woman, capable of matching wits with the consummate bachelor, Reggie. Is it possible to melt the ice that surrounds his loveless heart? Perhaps, but only if she's ready to submit to his uncompromising demands and realize her own fondest dreams for sexual surrender. A tale of girls gone wild—a little too wild! Jocelyn & Alexandra, feeling ignored by their Dom lovers, take off on a vacation together that's only bound to get them into trouble. But when they return, the two discover that keeping their naughty secrets from Reggie and Will is more difficult than they expected. It won't be long before these two are getting their just desserts, exactly what they deserve. In the finale of the series, Jocelyn's Rebellion, it looks is as if the Dom/sub 'match made in heaven' is doomed, when a stressed out Jocelyn's high-profile consulting business takes a sudden nose dive, and the sassy redhead foolishly runs off with a scoundrel lover. Only her dear friend, the irrepressible Alexandra, holds out any hope that Reg and Jocelyn can get back together. She's hell-bent on making it happen, but at the same time must fight to hang on to her beloved Will after a lusty infidelity almost dooms her rocky relationship.