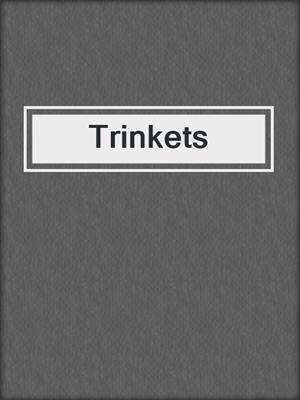 He'd been watching her from an obscure corner of the cafe all night, obscure because that was the aura that Miles intended to convey when he was in a contemplative vein. Everything surrounding him took on a similar mysterious aspect. Looking at her dancing in the soft lights, smiling like sunshine, almost giddy with laughter, produced by the wine flowing through her veins, he was deep in his thoughts of having her. Perhaps only he could see beneath the exuberant surface of her behavior to the darker woman residing there, the one who craved the control he could furnish. He was used to such women, but this one in particular was extraordinarily fascinating. He could devise a life for her that would be like no other, and there was no greater satisfaction for him than to possess such a creature. Tessa Cotille becomes Miles's lover, his model, his sexual plaything, his trinket, as he slowly takes her into the world of her darkest fantasies; adorned as a trinket, given away as a sex-toy, the object of his pornographic art, and the center of his affections. Miles keeps her guessing, even to the end as she becomes one of the trinkets at Damien's Ball in the ultimate exhibition of her sexual training.