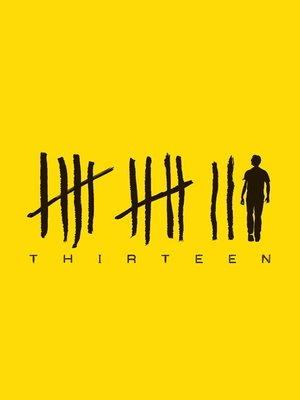 Adam was born at midnight in London on the 1st January 2020. He is the target of a cult that believes boys born on the stoke of the new millenium must die before the end of their thirteenth year. Twelve boys have been killed so far.

Coron, the crazy cult leader, will stop at nothing to bring in his new kingdom. And now he is planning a bombing spectacular across London to celebrate the sacrifice of his final victim . . .

Thirteen is the first in an explosive thriller series from Tom Hoyle. Read on with the action-packed Spiders. Perfect for fans of Michael Grant.