The Idle Thoughts of An Idle Fellow 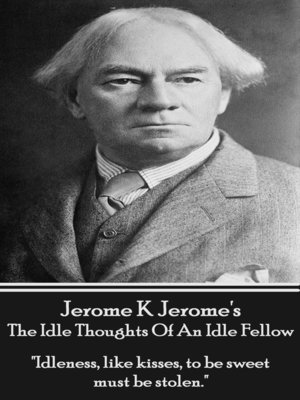 Jerome K Jerome's early life of poverty exacerbated by the death of his parents in his early teens helped to cruelly mould the young Jerome. After early stints on the railways, as an actor, a journalist, a school teacher, a writer and a solicitors clerk he had some minor success with a collection of comic memoirs "On The Stage – And off" about his earlier stint as an actor. Shortly thereafter he married and his honeymoon on the Thames became the inspiration for Three Men in a Boat. This of course was a wild success both critically and commercially and also his creative highpoint. Although he was now able to write full time he was never able to attain all the heights of that classic humorous novel. However he was prolific at the shorter form and it is from that rich seam that these stories have been mined. Here we publish another of his classics 'The Idle Thoughts of an Idle Fellow'.