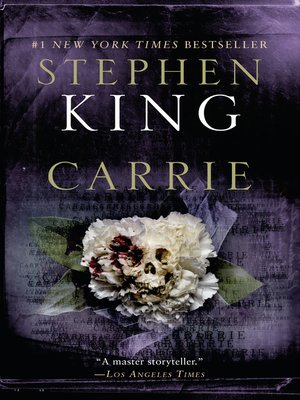 FictionHorror
Stephen King's legendary debut, about a teenage outcast and the revenge she enacts on her classmates.

Carrie White may be picked on by her classmates, but she has a gift. She can move things with her mind. Doors lock. Candles fall. This is her power and her problem. Then, an act of kindness, as spontaneous as the vicious taunts of her classmates, offers Carrie a chance to be a normal...until an unexpected cruelty turns her gift into a weapon of horror and destruction that no one will ever forget.
FictionHorror

Stephen King is the author of more than fifty books, all of them worldwide bestsellers. Among his most recent are Doctor Sleep; Joyland; 11/22/63; Full Dark, No Stars; Under the Dome; Just After Sunset; End of Watch; and the latest novel in the Da...

More about Stephen King
Carrie
Copy and paste the code into your website.
New here? Learn how to read digital books for free