Knock Three Times On My Grave 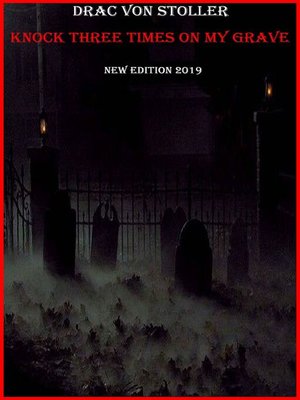 Henry and Elizabeth Goddard lived in a beautiful castle overlooking the sea. Elizabeth and Henry were so in love with each other. They were inseparable, they always did things together. It seemed they had it all, until one day when Henry's maid came into his study and locked the door behind her. Catherine was her name and she had the most beautiful blue eyes and blonde hair on any woman around. Catherine had her eyes on Henry for quite some time. She couldn't control her feelings anymore and decided now was the time. Catherine approached the back of Henry's chair and put her hands on his shoulders, squeezing them ever so lightly. Catherine's touch would make any man's heart melt. She said, "Henry, you need to relax more often and not be so absorbed in your work. I can give you what you need anytime you want. Catherine bent over and blew in his ear and whispered, "Henry you know you need me as much as I need you," said Catherine. Catherine's little fling with Henry would bring jealousy death and bring back Henry's dead cold body to do his wife Elizabeth's bidding.