Drac Von Stoller Has Risen From the Grave 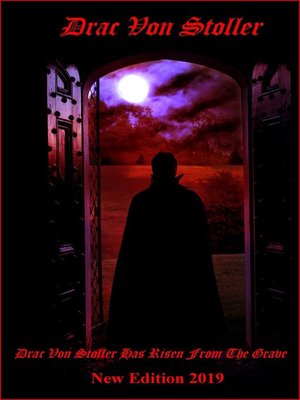 Nick sent the invitation by way of one of his henchmen on horseback. The henchman arrived a few days later and knocked on Drac Von Stoller's castle door. The rain was intense with a lot of thunder. The door opened, and Drac Von Stoller's servant answered, and said, 'May I help you?"

"Yes, I was sent by Nick Maundrell to deliver this invitation to Drac Von Stoller," replied Nick's henchman.

Drac's servant entered Drac Von Stoller's study to deliver the invitation. The servant said,"Drac, I have an invitation that was just delivered by Nick Maundrell's henchman."

Drac placed his hand out, and the servant placed the invitation in Drac's hand, and Drac opened the invitation, and read it out loud. "Nick has invited me over to his castle for dinner tomorrow evening to celebrate our friendship and the takeover of the world."

Drac was excited to see his good friend Nick once again, but Drac's excitement about spending some time with his friend tomorrow evening would be short lived once Nick added a little poison to his drink. Drac told his servant he was going out for the night and would be hanging out with some friends at the Vampire Tavern.

Drac hopped in his casket shaped car and sped off down the road to the Vampire Tavern. Drac pulled into his parking space that was reserved for him, and stepped out of his car, and entered the Vampire Tavern for a night of drinking, and live music. Drac stepped up to the bar and the bar tender said, "Drac what can I get you tonight?"

"Ok, Drac, I'll see you around," as the Wolfman howled.

Drac partied hard as he always does at the Vampire Tavern, but Drac knew the fun had to end before the sun would start to rise. Drac checked his watch, and downed a few more shots of Bloody Mary's, and said goodbye to the band, and staggered over to the bar, and said, "Hey! Wolfman, I'll see you tomorrow night."

The Wolfman replied, "I'll be here waiting to pour up some more Bloody Mary's for you when you return."

Drac exited the tavern, and got in his coffin car, and drove back to his castle to sleep just before sunrise. Then when the sunset he would head on over to meet Nick Maundrell at his castle for dinner and celebration, but for Drac Von Stoller the only thing that would be celebrated at Nick's castle would be his death.