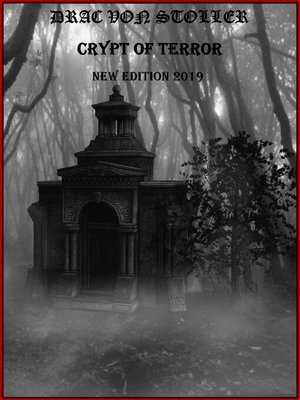 John and Elizabeth Marlow's Castle had been abandoned for over seventy-five years because of the horror that happened down in the family crypt. Legend has it that John Marlow caught his wife down in the family crypt with another man. John completely lost it and in a jealous rage beheaded his wife and her lover. Then as the months passed by John was slowly going insane because the only woman he had ever loved betrayed him.

One night when John was gazing at the stars on top of his castle the ghost of his dead wife and lover appeared in front of him and said, "John, come and join us." John was stepping back towards the edge of the castle wall in fright. Finally, the ghosts got closer and closer and John fell over the ledge atop of the castle and fell to his death.

As years passed and no one wanting to occupy the Marlow Castle, the castle was quickly losing its beauty. Being that the castle had such a haunted past the only life the castle saw, was when curious teenagers were looking for a scare. Windows were broken and graffiti was all over the castle walls along with plenty of cob webs.

One day as the wind was blowing all around the castle a man by the name of Sir Edward Harrington was saddened why such a beautiful castle had gone to shambles. Sir Edward Harrington decided he couldn't let this castle crumble to the ground so he decided to buy it and restore its beauty once more.