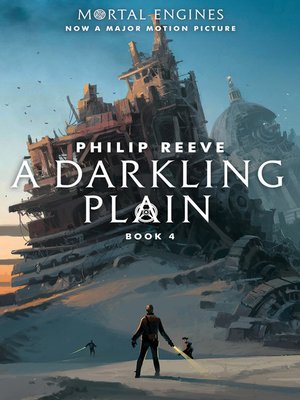 View more libraries...
* "Reeve's [Mortal Engines] remains a landmark of visionary imagination." — School Library Journal, starred review
"A breathtaking work of imagination, Hester Shaw is a heroine for the ages. The moment we finished reading [Mortal Engines] we knew we wanted to make it into a movie." — Producer Peter Jackson
London is a radioactive ruin.
Tom and Wren discover that the old predator city hides an awesome secret that could bring an end to the war. But as they risk their lives in its dark underbelly, time is running out. Alone and far away, Hester faces a fanatical enemy who possesses the weapons and the will to destroy the entire human race.
The final book in the Mortal Engines series, Philip Reeve's A Darkling Plain is the winner of the Guardian Children's Fiction Prize.
Mortal Engines is now a major motion picture produced by Peter Jackson!